Blessed with an exotic beauty, superb diving and a growing yachting infrastructure, Fiji is an obvious choice for yachts on a Pacific sojourn. You could be forgiven for thinking that exotic, glamorous Fiji was a playground reserved only for the rich and famous. While some islands are certainly very exclusive, it is entirely possible for everyone to feel like a superstar during a holiday to Fiji.

Due to the exceptional service and incredible activities on offer, everyone from yacht owners and charterers through to the most junior crew member will feel thoroughly pampered and indulged during their time in the islands.

From dreamy white sand and coconut palm beaches to luxury spas and restaurants – not to mention thrilling dive and surf sites beyond counting – Fiji will have you smiling like the locals in no time. Following is a small selection of the activities that this exquisite archipelago has to offer. 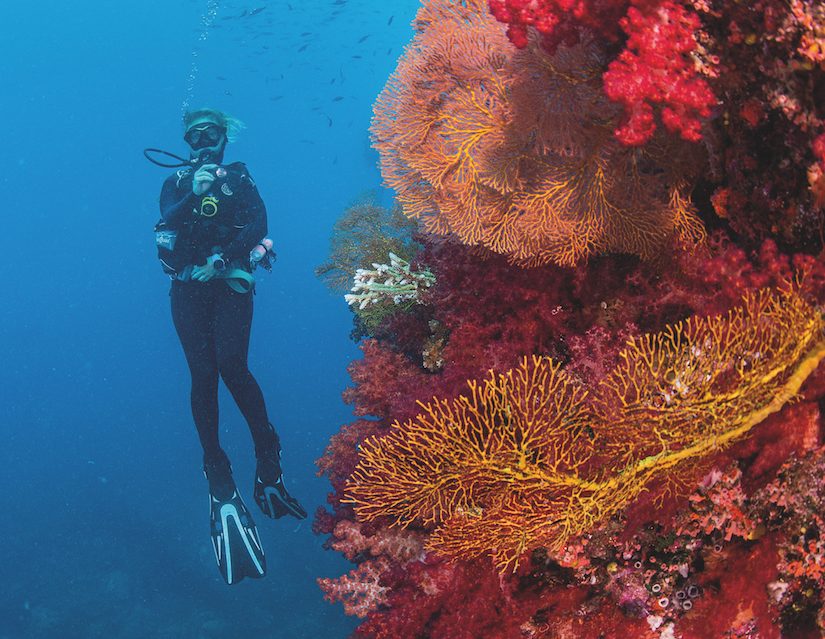 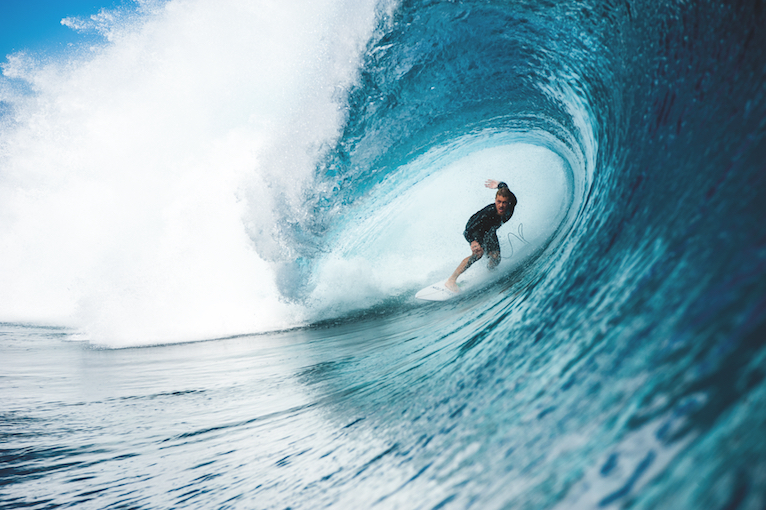 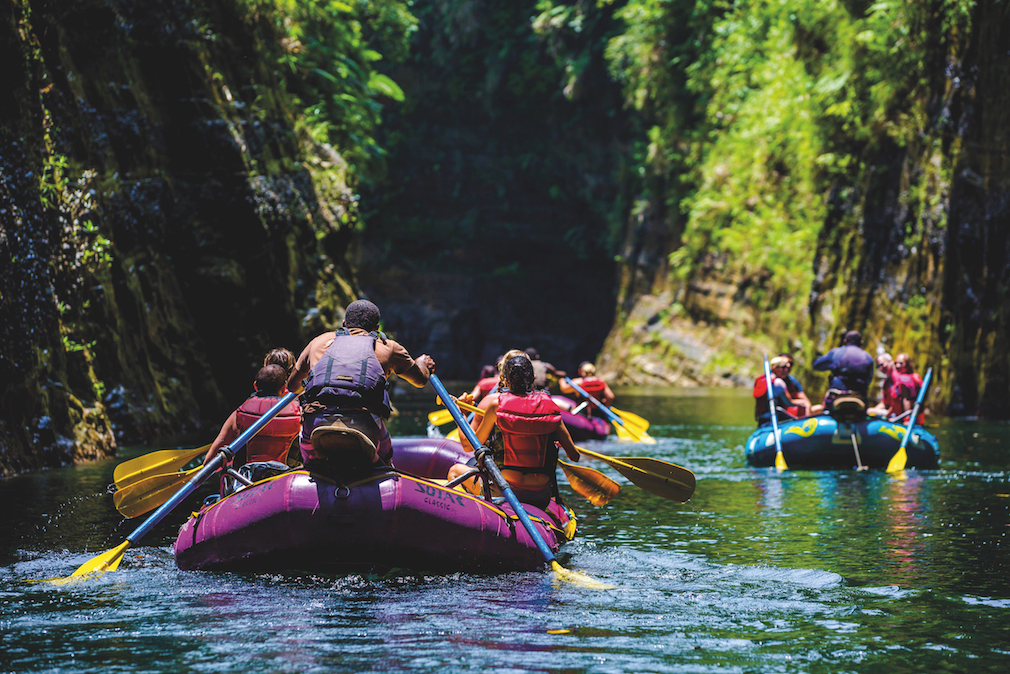 Admiring Fiji’s rugged and green volcanic landscape, it’s incredible what stunning diversity of terrain and marine life lies beneath the aquamarine sea. The country’s 330 islands support over 300 species of hard corals and more than 1,500 species of fish, as well as many species of soft corals, anemones, sea fans and nudibranchs.

Acknowledged as the soft coral capital of the world, spectacular diving awaits in places like Vatu-I-Ra where colourful coral-clad pinnacles rise from 40 metres to just below the surface and teem with colourful anthias, swarms of fusiliers, and schooling jacks and barracuda.

The Great Sea Reef and the Great Astrolabe Reef offer exhilarating drift dives along vividly coloured walls in the company of pelagics like giant trevally, sharks and graceful manta rays. The world-famous Rainbow Reef in Fiji’s north is named for its extravagant mix of soft and hard corals, sea fans and sea anemones – all in every colour of the rainbow and stretching in all directions.

For thrill-seekers, Fiji’s shark diving sites are the perfect opportunity to get up close and personal with several species from little blacktip reef sharks to magnificent tigers and bulls.

The best diving visibility is between July and December and is typically 15–40 metres (50–130 feet). The water temperature falls between 25–28°C (77–82°F) and as for dive wetsuit thickness, though many locals dive in a shark skin and board shorts, a 3-millimetre wetsuit is usually sufficient. Fiji’s average daytime air temperature is between 26°C and 31°C (79–88°F), and the summer season (November to April) is most humid.

Savusavu and the Koro Sea

Fiji’s second-largest island, Vanua Levu, holds two of Fiji’s best-kept secrets as far as scuba diving is concerned: the Great Sea Reef and Namena Marine Park. The Great Sea Reef arcs 300 kilometres from the top of Vanua Levu toward the tip of the Yasawa Islands.

Although home to 80 percent of Fiji’s coral fish species, rather amazingly, much of the Great Sea Reef remains largely unexplored.

Vanua Levu’s other secret, the Namena Marine Reserve, is an island surrounded by a tongue of reef that extends 20 kilometres south into the deeper Koro Sea. What makes Namena so special is its location. Surrounded by spectacular seamounts and right on the edge of the reef drop-off, Namena is also on a migratory pathway for cetaceans such as minke, sperm and humpback whales.

Located in the Somosomo Strait, the reef lies on a relatively narrow channel between Vanua Levu and Taveuni islands, where nutrient-rich waters from deeper areas are brought to the surface and flow over the reefs, providing a constant food supply for a dazzling ecosystem of marine life.

There are about two dozen dive sites to explore throughout the Rainbow Reef, and all are a riot of colour, bar one: the famous Great White Wall. Part of this dive site is a near-vertical wall that drops from 20 metres and is blanketed with soft white corals down as far as the eye can see.

Kadavu Island in Fiji’s south is best known for the Great Astrolabe Reef, which runs along its southern shore and arcs north-east past Ono Island up to Buliya Island, which is famous for manta ray snorkelling. The Great Astrolabe Reef is a breeding ground for big fish like tuna, marlin, giant trevally and sharks.

The environment makes for adventurous drift diving with sites like Naiqoro Passage where you can experience big fish action against a background of colourful soft coral walls. 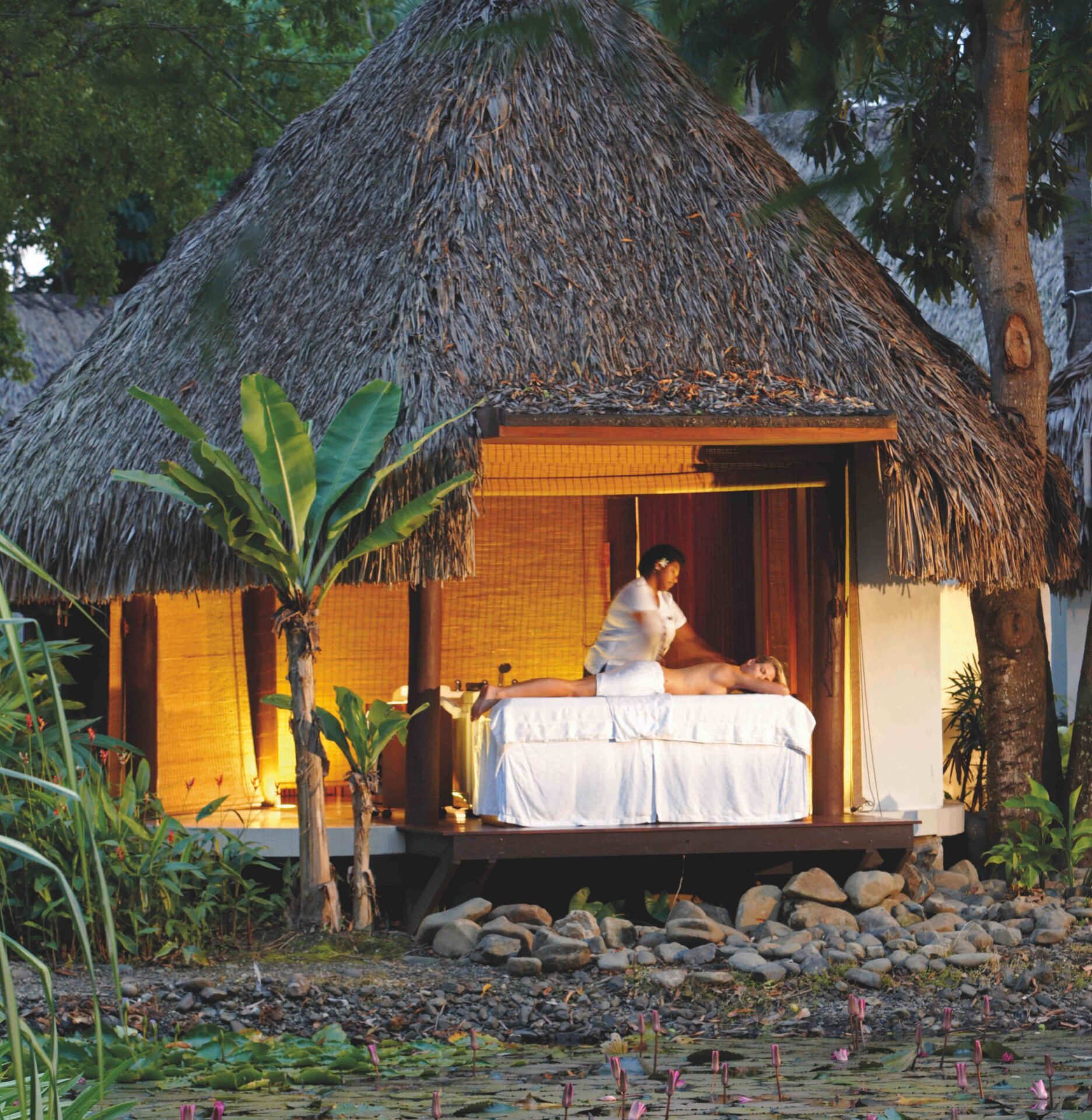 Enjoy being greeted personally every day by the warm and welcoming professionals who are there to look after you and to ensure your stay is nothing short of perfect. The Fijian hotel, restaurant, marina and spa staff will remember you by name from the moment you meet – it’s all part of the famous Fijian hospitality.

There’s no better way to explore Fiji’s dreamy archipelagos than on a private yacht, where visions of crystal clear water lapping at soft white sandy beaches are the background to some superb cruising experiences.

Sit back and relax as your attentive crew cater to your every whim and show you the best secluded beaches to explore and sunsets to admire.

Or imagine what it would be like to charter a plane or helicopter to a private island for the day, where you could enjoy an intimate champagne picnic for two, with no-one else but a friendly hermit crab for company.

Indulge at one of Fiji’s lavish spas, or arrange a candlelit dinner on a restaurant terrace, the smell of frangipani flowers floating on the breeze. There are numerous fine-dining options available and top international chefs for gastronomic experiences, as well as ultra-luxury resorts if you want to spend a night or two ashore.

From exclusive hotels to sumptuous private villas and quaint little beachside bures, you will find a range of accommodation options to choose from in Fiji, making it easy to treat yourself to a little island luxury when you step off the yacht.